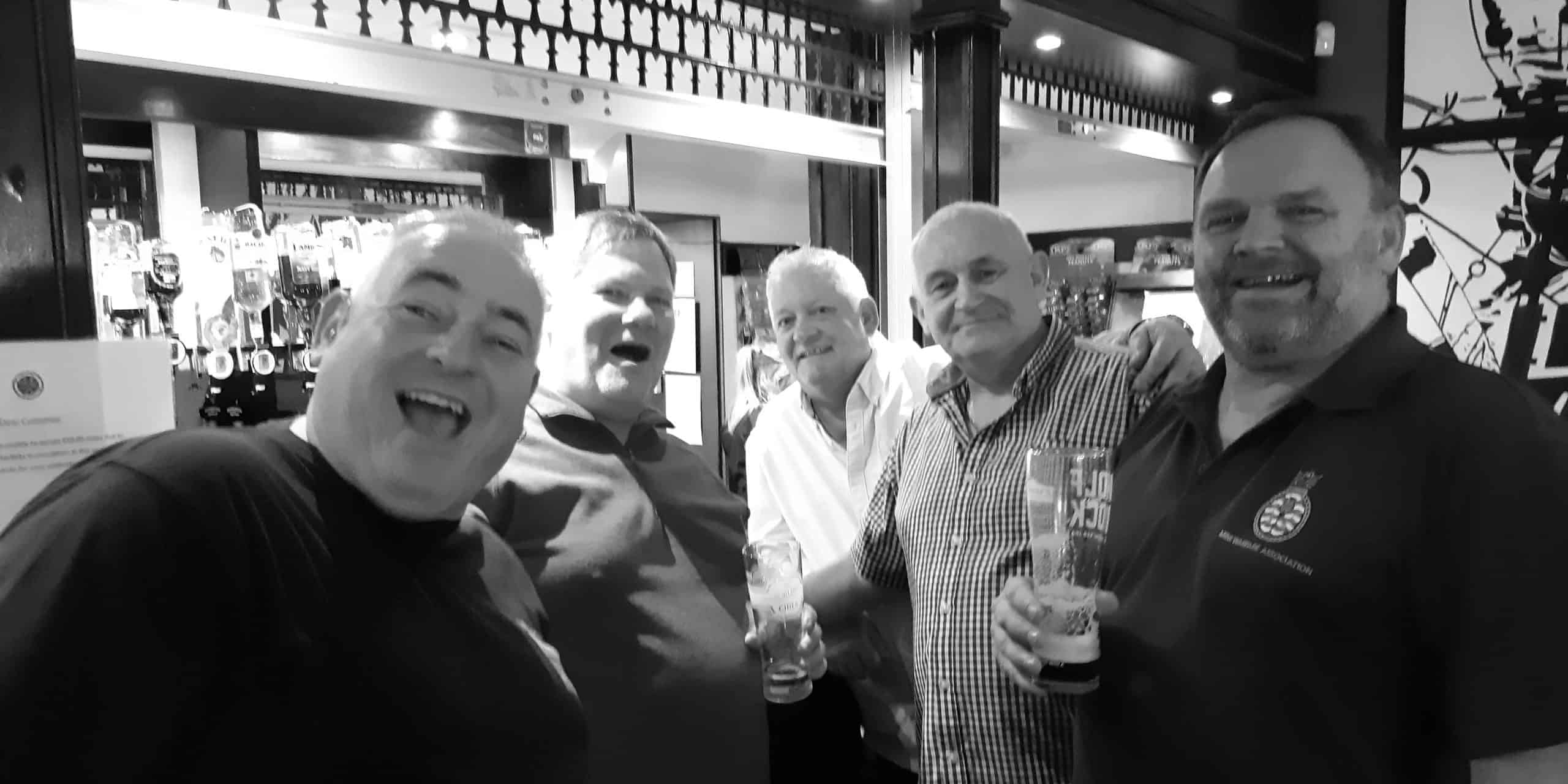 The Minewarfare Association is a relatively a young association, having in 2018 celebrated its tenth anniversary; however it has much deeper roots having been preceded for many years by an annual re-union.

On the transfer of the Minewarfare School from HMS Nelson (Gunwharf) Formally HMS Vernon to HMS Dryad in 1995. The Minewarfare branch went through a transformation as we joined our other warfare brethren to form part of the Maritime Warfare School. Inevitably our courses came under deep scrutiny as they were integrated into the new system and the structure of courses changed. In particular in an ever challenging financial environment a review of course expenditure was carried out and much external training which involved travel and subsistence was removed. In particular in 1997 the PO MW course had the much loved Course Exped removed. To put some fun back into the course and to provide a challenging project for the courses in the future, the first course were tasked with organising a Section BBQ. The late Geoff Palmer a student on the course was given the task of coordinating the event. Geoff had the great idea of opening it out to the wider community.

​In conjunction with our Vice Chairman Taff Reader who was the Schools Training Coordinator at that time and who was in contact with many of the local ex serving MW’s a list was drawn up and invites issued. The event was a great success and so the Minewarfare Reunion was born. (You can read about this momentous event on page 37 of MAD magazine – Vol 8).

​Being a resident member of the Training staff at this time, Taff was in an ideal position to ensure that a database was created of serving and Ex MW’s so that this could become an annual event. To give the event a base to work from some basic rules were created, thus appointing the Warrant Officer of the Training School as a re-union Chairman.

​Over the forthcoming years Taff pulled together annual re-unions initially in Dryad, where the late Taff Davies was renowned for practicing his BBQ skills on us, and then later in various external venues around Portsmouth as numbers grew. During this time the chairmanship transferred to some infamous characters as the Training Warrant Officers post rotated. This included some dubious names such as Pawl Shockley, Tommo Thomas, Pete Whitehead, Tony Mulrain, Nat Coles and Pete Mills who all helped to build on the foundation created by that initial Section BBQ.

​In 2004 the school along with the reunions transferred to HMS Collingwood and continued to grow successfully throughout. During coming months and over numerous beers the then chairman Pete Mills and Taff drew up plans and rules for the formation of the association. In the summer of 2008 at the annual reunion the First AGM took place the constitution and the inaugural committee formed.

While the majority of these remain active within the association, to better serve the membership, and divide the workload the additional posts of Treasurer, and Membership secretary were later created.

Back to the timeline…