Born a country Bumpkin in a small welsh agricultural village on the coast of Pembrokeshire it was a surprise to my family when I decided I wanted to join the Royal Navy. But at the tender age of 15yrs and 6 Months. I set off for what turned out a life of adventure on the Ocean Waves. (Well Shotley Gate)

Like so many before me Navy Life began in August 1971 at HMS Ganges. Where the 10mths or so of Basic Training was to change my life. As it has been said so many times before I went in a boy and came out a man!

Having been selected to specialise as a TAS rating (UC) I was eventually passed out to Join HMS Vernon and commence my Sonar Training. Not very enthused by this, while waiting for my first ship I grabbed at an opportunity when it came up to switch to become an Underwater Weapons (UW) specialist before I joined my first ship HMS Rothesay. This was a good learning platform for me where I had my naval grounding even gaining my blue nose certificate as part of the Cod War! Before being selected for small ships. After a few short PJT’s in Vernon I joined my first of many Tons HMS Sheraton, where amongst other things I had the enjoyment of taking part in the Suez Canal Clearance.  I left UK as a UW and by default returned as a founder member of the Minewarfare Branch on its formation in 1975.

Where somewhere along the line I participated in most of the action that was going around during that time.

These drafts were also dispersed with numerous shore drafts from Harbour Training ships (Russell and Diamond), Time on the Mobile Minesweeping Trials Team, Several periods at ARE (Helson), Captain of the Port in Portsmouth as well asthe inevitable time spent as an instructor on numerous occasions in the MW School before being finally promoted to Chief Petty Officer in 1991.

In more recent years I will be known for my time within The MW School. In 1994 I commenced what was to be my final 2 year draft in the Navy as the Section Regulator and Planner for the school. Initially based at Vernon before it transferred to HMS Dryad. It was during this period in 1997 that I formed up the MW re-unions. Initially an annual gathering for a BBQ but what was eventually grew into what it is today (See MWA History on site). After a short period out in the country I along with the school transferred to HMS Collingwood. It was during this time that I received the Second Sea lords Commendation for my Contribution to the Minewarfare Branch and also my work to the Ex MW Community through the reunions. Due to a manpower shortage my final 2 years in the RN was eventually extended to 22 years and I finally retired from the RN after 38 years on receiving a job offer for a civilian post as the Training Manager or the Minewarfare Training School. It was during this transition period with the uncertainty of the future and not wanting the then large database to drop into disrepair that a decision was made to form the association and spread the load.

As any ex-serviceman will tell you leaving the RN is a difficult time. I consider myself fortunate in that my role moved with me. I left the RN on the Friday and walked into Collingwood as a civilian on a Monday. Same desk, same mates around me. My biggest decision to make was what colour socks to wear. After 38 years I only had black ones in my draw. It took me a while to switch colours?

Inevitably life changed. I was lucky that I had a teaching role with the AMW course which still dragged me to that old Minewarfare stomping ground in Ostende on a regular basis. But in civilian life you have to move around to get job variation. After a further 8 years of churning out Minewarfare specialist to the fleet. I was enticed into the Hunter Project as the Training Manager for the Royal Saudi Naval Force (RSNF) not much of a change, still in Collingwood but working for a Navy with money? More recently I have taken up the position of Project Manager of the contract which I hope will eventually see me through to retirement and still entering the gates of Collingwood on a daily basis.

Going forward one always has an eye on retirement, but after a miss spent youth not for a while yet. Having become a keen Shed Tugger in recent years I always look for a breakaway. And having more recently taken over as chairman of the MWA and while being the coordinator for the Southern DIT sessions I hope to continue looking forward to washing the dust of the day away with likeminded people on a regular basis. 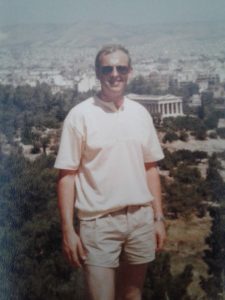 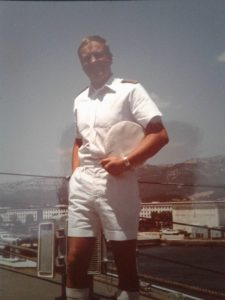 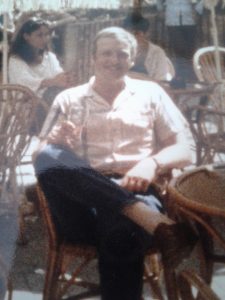 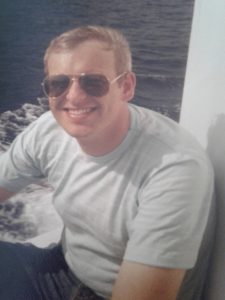 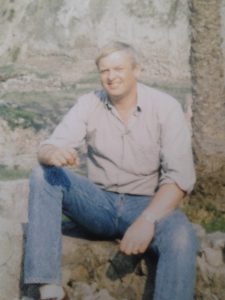